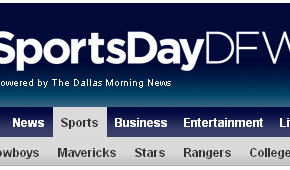 “I know that everyone wants to win them now,” said Istre, who also hopes to defend his Fight for Air Climb title at the Renaissance Tower on Feb. 26. “I’ve been training exclusively on the stairs the past month, but my main focus is triathlon.”

Istre qualified for USA Triathlon Nationals in Tuscaloosa , Ala., last year, his first year in the sport. He participated in an Ironman relay in Western Australia last month, and he’s training for Ironman Cozumel.

He’ll be racing Saturday with his family. Istre said he’s glad his sister and mother are participating in this year’s Big D Climb.

“It brings us closer together,” he said. “It gives us one more thing in common to talk about, discuss and reminisce about later. It’s fun.”

Istre’s father, Greg, and older brother, Nick, introduced him to the sport. They had done the American Lung Association’s Vertical Marathon in 1988 in the green-outlined building then known as First RepublicBank Plaza. The Cystic Fibrosis Foundation also sponsored the Reunion Tower Climb through much of the ’80s.

Stair climbs are popping up, primarily as fundraisers, across the country and beyond. Istre did the Nov. 14 SkyRise Chicago, which ranks fifth worldwide with 2,109 stairs. He climbed the 103 floors of the building formerly known as the Sears Tower in 16:20, finishing second in his age group and 13th overall.

There’s now a website, www.towerrunning.com, that tracks international events and statistics, and provides links for information. There’s even a World Cup to rank the elite stair racers.

It’s not too late to enter Saturday’s Dallas race. Visit www.BigDclimb.org. Before doing so, Ken Raggio, a veteran of three stair climbs, has some advice for novices: Never train by going down stairs and “never admit you’re a stair climber.”

Access to tall commercial buildings is difficult, making it hard to simulate race-day conditions, said Istre, who primarily trains on a Stairmaster.

“In theory, they’re similar,” he said. “In reality, real stairs are a whole different animal. When you’re fighting against gravity, it’s a whole lot tougher.”